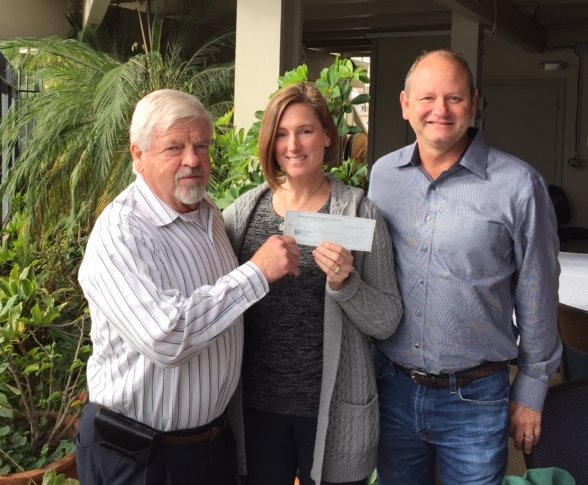 KPCC:  Which country invests most in LA? The answer might surprise you 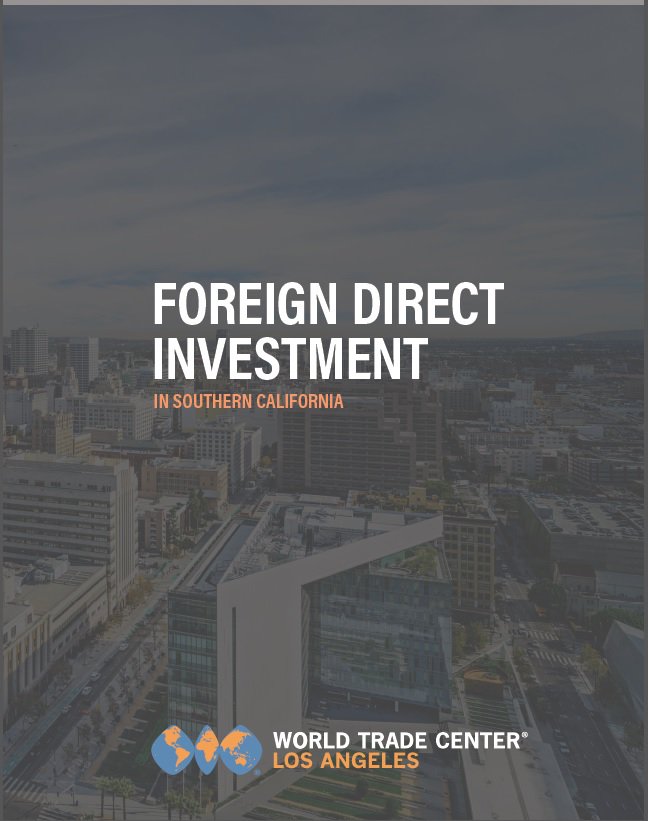 LOS ANGELES, CA – (June 17, 2016) Today, at the SELECT LA Investment Summit, the World Trade Center Los Angeles (WTCLA) published a new report on the impact of Foreign Direct Investment (FDI) to the Southern California (SoCal) economy, revealing the number of foreign-owned establishments in the region and the jobs created by those employers, and ranking countries based on investment levels in the SoCal region.

The report, sponsored by Chair of L.A. County Board of Supervisors Hilda L. Solis in collaboration with JPMorgan Chase and other firms, underscores the tremendous amount of international connections that are essential to economic activities and jobs here in SoCal and L.A. County.  The research was conducted by WTCLA affiliate LAEDC.

Findings of the report include:

“In this global economy, the L.A. region is uniquely suited and appealing to foreign investors,” said Supervisor Solis. “Our draw combined with our international connections result in jobs and economic opportunity that provide benefits locally and throughout Southern California.”

As part of its commitment to foreign-direct investment in the region, JPMorgan Chase contributed $230,000 to WTCLA today to advance this effort.

“It’s eye opening to learn there are almost 10,000 foreign-owned firms in SoCal, employing more than a quarter of a million people,” said Joni Topper, Managing Director, JPMorgan Chase Commercial Bank Los Angeles. “Los Angeles is competing on a global stage and our competitors for jobs and investment are putting their best feet forward as regions, with solutions. We too must understand and embrace that when investment comes to Riverside and San Bernardino, to Ventura, or to Orange and San Diego Counties – Southern California benefits as a whole.“

The Los Angeles County Economic Development Corporation (LAEDC) provides strategic economic development leadership to promote a globally competitive, prosperous and growing L.A. County economy to improve the health and wellbeing of our residents and communities and enable those residents to meet their basic human need for a job.  We achieve this through objective economic research and analysis, strategic assistance to government and business, and targeted public policy.  Our efforts are guided and supported by the expertise and counsel of our business, government and education members and partners.  www.LAEDC.org

LAEDC has released the 2016-2017 International Trade Outlook, providing and overview and forecast for this important industry in the Los Angeles region. 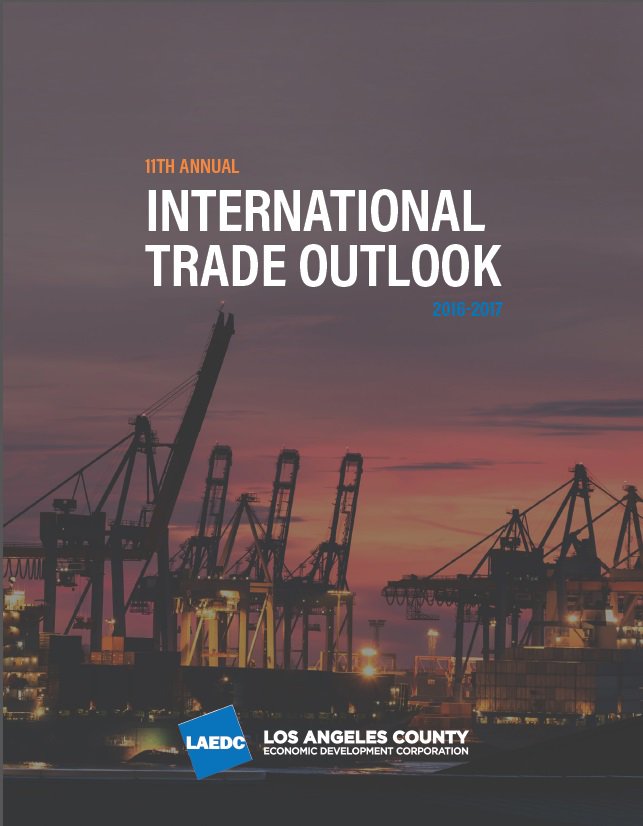 KPCC:  Which country invests most in LA? The answer might surprise you

This edition is the 11th Annual International Trade Outlook from LAEDC.  To learn more about this industry cluster visit LAEDC’s page HERE.