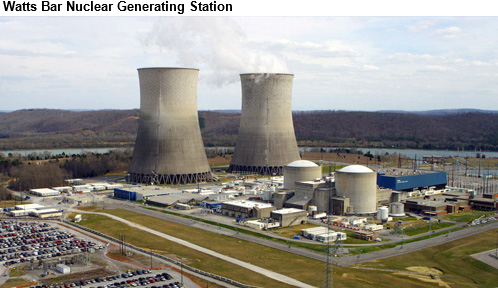 Source: Republished with permission from the Tennessee Valley Authority

Watts Bar Unit 2 is the first nuclear plant in the United States to meet new regulations from the U.S. Nuclear Regulatory Commission (NRC) that were established after the 2011 earthquake and tsunami that damaged the Fukushima Daiichi Nuclear Plant in Japan. After the NRC issued an operating license for the unit in October 2015, 193 new fuel assemblies were loaded into the reactor vessel the following month. TVA announced at the end of May that the reactor achieved its first sustained nuclear fission reaction.

Construction on Watts Bar Unit 2 originally began in 1973, but construction was halted in 1985 after the NRC identified weaknesses in TVA’s nuclear program. In August 2007, the TVA board of directors authorized the completion of Watts Bar Unit 2, and construction started in October 2007. At that time, a study found Unit 2 to be effectively 60% complete with $1.7 billion invested. The study said the plant could be finished in five years at an additional cost of $2.5 billion. However, both the timeline and cost estimate developed in 2007 proved to be overly optimistic, as construction was not completed until 2015, and costs ultimately totaled $4.7 billion. 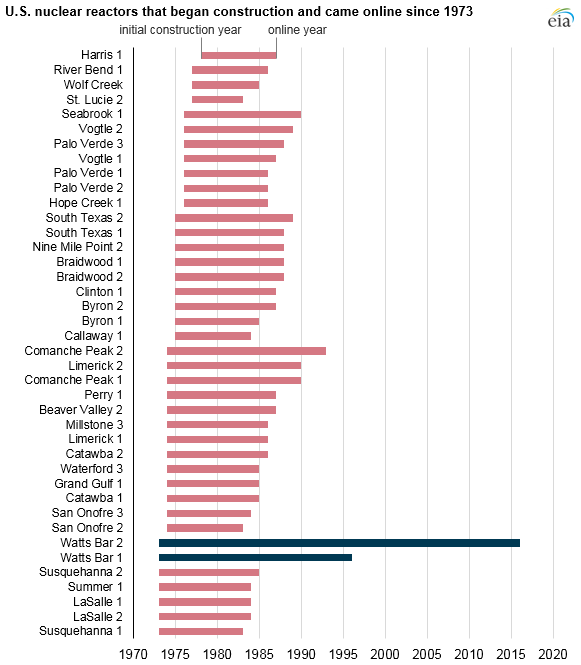 Although Watts Bar 2 is the first new U.S. nuclear generator to come online in 20 years, four other reactors are currently under construction and are expected to join the nuclear fleet within the next four years. Vogtle Electric Generating Plant Units 3 and 4 in Georgia and Virgil C. Summer Nuclear Generating Station Units 2 and 3 in South Carolina are scheduled to become operational in 2019–20, adding 4,540 MW of generation capacity.