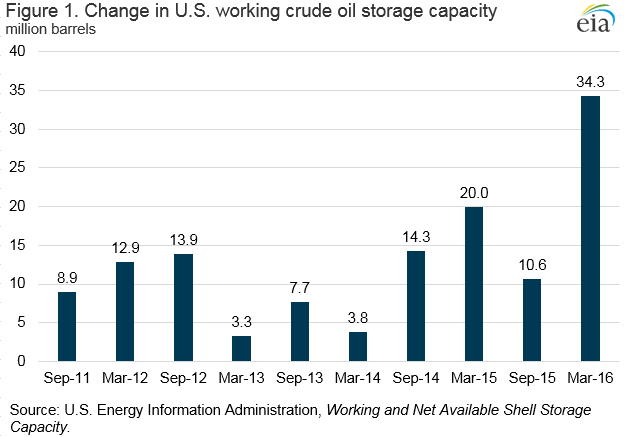 The large increase in crude storage capacity between September and March was prompted by increased demand for crude oil storage as global supply has outpaced global demand for most of the past two years. Because of generally rising crude oil inventories since the end of 2014, the structure of crude oil futures prices has been in steep contango, where near-term deliveries are discounted versus long-term deliveries. The Nymex West Texas Intermediate (WTI) 1-13 spread averaged $7.25 per barrel between September and March. The large and continued contango structure prompted many market participants to place more crude oil into storage. 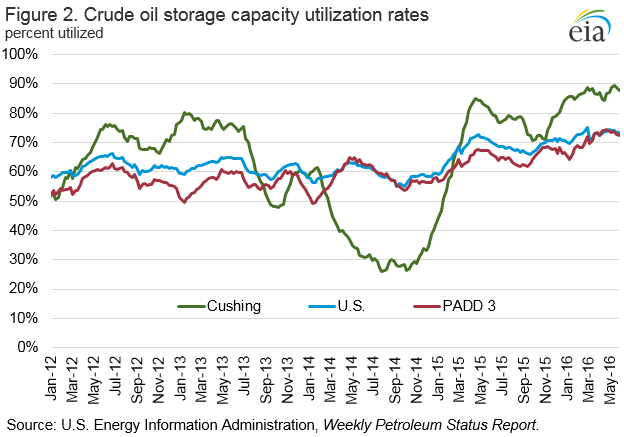